John Williams Wins His 23rd Grammy For The Force Awakens 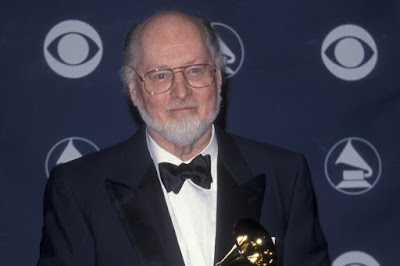 He's done it again.  Well actually this was the 23rd time and at the age of 85.  Yes, John Williams has picked up another Grammy.  The awards were held last night and The CBS network broadcasted the show live from the Staples Center in Los Angeles.  You can see the full list of winners here but the one we're interested in is the Best Score Soundtrack For Visual Media category.

John Williams won his 23rd Grammy for Star Wars: The Force Awakens.  He was going up against Thomas Newman who stepped in to replace John Williams for Steven Spielberg's Bridge of Spies,  Ennio Morricone The Hateful Eight, Alva Noto & Ryuichi Sakamoto's The Revenant and the excellent soundtrack to Stranger Things by Kyle Dixon & Michael Stein.

His previous victory at the Grammys was for The Book Thief back in 2014 in the Best Instrumental Composition category.  The first time John Williams won a Grammy was way back in 1976 for a little movie called Jaws.

Congratulations Mr Williams.  Yet another award to polish.