By Patrick Gibbs February 21, 2017
A photograph of the principal cast of the upcoming Young Han Solo movie was released by Lucasfilm today, and can be seen at very sites such as comingsoon.net. The cast includes Alden Ehrenresich as Han Solo, Donald Glover as Lando Calrissian, Emilia Clarke as unnamed character, Woody Harrelson reportedly playing Legends character Garris Shrike, and most importantly, Chewbacca.

Not pictured is Thandie Newton, said to be in talks for a role. 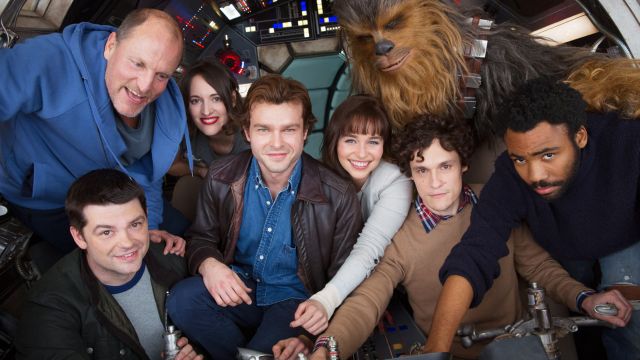