Working on a film set evokes scenes of glamour and groups of people at the height of their talents.  Yet in reality that is not always the case.  Grip and Electric is a comedy series on Youtube which shows the other side of working behind the scenes on a film set.  It was co-produced and stars Henry J. Thomas Jr who of course played Elliott in Steven Spielberg's E.T. The Extra Terrestrial.

Grip and Electric follows a down-on-their-luck, low budget film crew who carry things and plug things in on the least professional film sets in Los Angeles.  With a touch of 'The Office' and Ricky Gervais's 'Extras' thrown in, it won't fail to make you smile.  We caught up with Henry J. Thomas Jr and asked him a few questions about the show.

How would you describe Grip and Electric?
I would describe it as a slog through the comically unglamorous world of working on clandestine stupidly low budgeted projects in and around LA.

How much fun did you have filming this?
Grip and Electric was a blast, I co produced this with friends Kerry Harris Andrew Burlinson and Meredith Bishop. 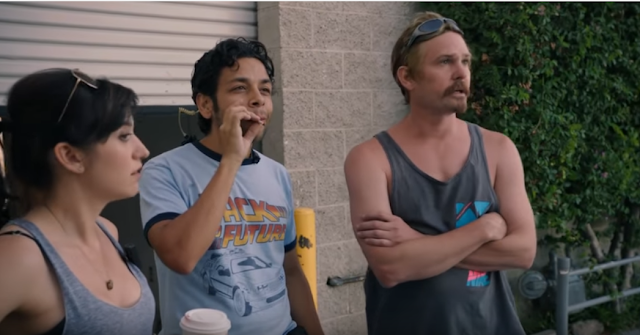 Is there any truth to real life Hollywood in what we see in the episodes?
Real life, I'm not sure, but sadly it's probably closer to home than many of us are willing to admit!

Where did you get the idea for Grip and Electric?
The original idea for Johnny London Jr. was born out of this character that I would riff on sometimes, the idea of this third generation dolly grip who had seen it all.

Our idea was to play with a lot of the desperate film making attempts that we had experienced or had knowledge of during the writers strike in '08 when a lot of people especially crew were really suffering and forced to do things they normally wouldn't to scrape by.

You can catch Grip and Electric on Forever Tonight's Youtube channel and to whet your appetite you can watch the first episode below: