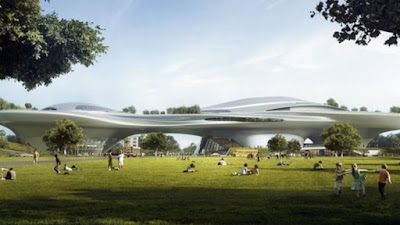 The Museum of Narrative Art has finally found a home.  Los Angeles is going to be the lucky location for the museum which will cost over $1bn and all of it will be financed by George Lucas himself.

The project's organisers announced that after "extensive due diligence and deliberation" the city had been chosen over San Francisco.  The museum will see it's home in the Exposition Park which is conveniently located near other attractions such as the Natural History Museum and the Science Center.

It will exhibit art and memorabilia from the Star Wars franchise and other cinema classics, including The Wizard of Oz and Casablanca as well as art from Norman Rockwell, a favourite of Lucas and Steven Spielberg.

Los Angeles Mayor Eric Garcetti said his city was "the ideal place for making sure that it touches the widest possible audience...We went after it with everything we have," he added.