"The Last Jedi": What Does the New Title Mean? 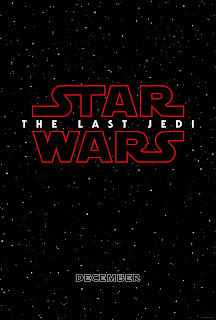 To start with, let's get straight that the officially announced title for Stat Wars Episode VIII, The Last Jedi, is a good one. It's simple, elegant, and classically Star Wars-y. I don't think you'll see anything like the dissatisfied uproar that greeted the prequel titles, or even the mild confusion that came with The Force Awakens in some circles.

But what exactly does it mean? It obviously refers to Luke Skywalker, the only surviving member of the Jedi order, who was even refered to as the last Jedi by Kyko Ren. This is the best thing about the title, as it further suggests Luke will be a huge part of the new film, and we all want that, don't we? But does it also refer to Rey, who we all assume at this point will be trained by Luke as a Jedi? Does it suggest that the mantle of the last Jedi will pass from Luke to Rey in this film? And if so, does that mean the death of Luke? And does that mean he becomes a blue ghost? Does it mean Luke and/or Rey will not successfully restore the Jedi order and their fire will finally be extinguished?

Of course this is nothing but wild speculatuon. We'll find out our answers on December 15.