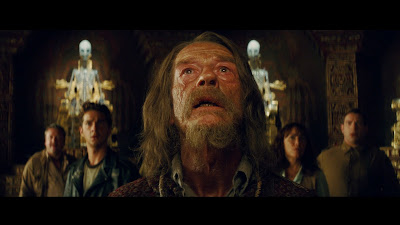 Waking up to sad news this morning as we learn that Sir John Hurt has died at the age of 77 from cancer.  The actor had been treated for pancreatic cancer in 2015 and at one point had been given the all clear.

Sir John was knighted in 2015 for his services to drama.

After his cancer diagnosis the same year, he told the Radio Times: "I can't say I worry about mortality, but it's impossible to get to my age and not have a little contemplation of it.
"We're all just passing time, and occupy our chair very briefly."

Hurt will be remembered for roles in Alien and The Elephant Man.  He also appeared in the fourth Indiana Jones movie in 2008 where he played Professor Oxley in Kingdom of the Crystal Skull.  Harry Potter fans will remember him as  Mr Ollivander.  J K Rowling, tweeted: "So very sad to hear that the immensely talented and deeply beloved John Hurt has died. My thoughts are with his family and friends.

Other roles were the Doctor in Doctor Who, the voice of the dragon in Merlin and 1984.

Stephen Fry praised Sir John for being "great on the stage, small screen and big".

Lord of the Rings star Elijah Wood said: "It was such an honor to have watched you work, sir."

I met Sir John Hurt a few years back at a comic con and he was the perfect gentleman. 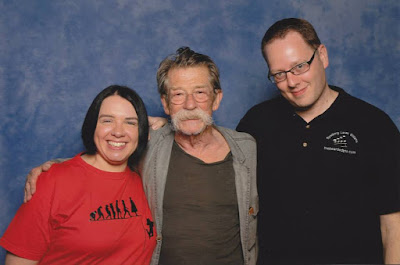