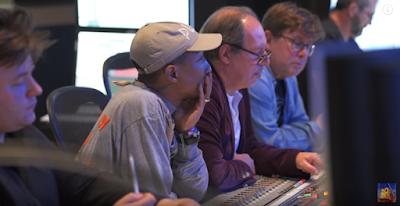 In the 'Hidden Figures: Harmonies' featurette, we learn more about the music behind the film with interviews from the film's producer and music composer Pharrell Williams, along with Hans Zimmer and the award-winning musician Herbie Hancock.