Movie Review: "Patriot's Day" is a Fast Paced Thriller That Can't Get its Story Straight 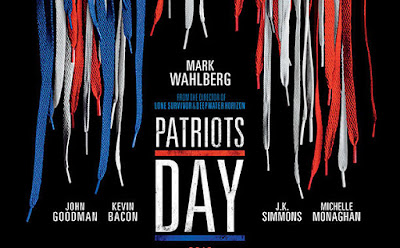 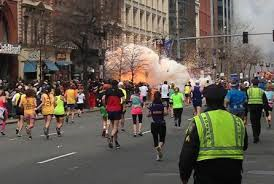 When viewing a film that is "based on a true story", it's often important to remember those two words: "Based on." The most painstaking, authentic and slavishly accurate depictions of chapters from true life are still subject to dramatization. A good example would be Schindler's List, arguably the greatest historical drama in cinematic history; powerful, important, unflinchingly real, and taken from real life accounts of the people who were there. Nevertheless, it has to be admitted in the interest of truth that Ben Kingsley's Itzhak Stern was in reality a composite of the real Stern and several other Jews who worked with Schindler, and that Oskar Schindler's womanizing didn't end when he committed to his glorious act of heroism. The point I'm trying to make is that fictionalization is part of dramatization, and not all truths are of equal importance. Sometimes a story simply needs to be told, and the storytellers need to use their discretion on how to tell it best, staying true to the spirit of the events even if they have to simplify certain details.

But that justification has its limits, and while it can be tempting to let Peter Berg's taut and involving thriller Patriot's Day slide by with such excuses, it doesn't just cross the line, it pole vaults over it. 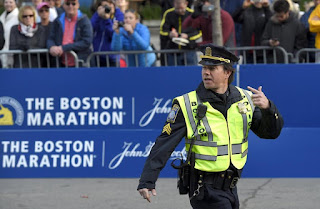 The main character of Patriot's Day is Sergeant Tommy Saunders (Mark Wahlberg), a veteran of the Boston Police Department, and one hell of damn good cop, on the last day of his suspension for being a Hollywood cliché. All Tommy has to do is smile his way through wearing his beat cop uniform and an orange vest as he does crowd control for the Boston Marathon, and then Police Commissioner Ed Davis (played by approximately one third of John Goodman) will give him back his big boy badge and partner him with either a wise old black partner or a young loose cannon rookie, and they will make one hell of a damn good team. But this is April 15, 2013, and tragedy strikes when two bombs are detonated by terrorists, causing death, injuries and widespread panic.

FBI Special Agent Richard DesLauriers (Kevin Bacon)i s assigned to investigate the bombings in collaboration with Davis and Police Sergeant Jeffrey Pugliese (J.K. Simmons), while supercop Tommy searches for evidence, helps people that have been injured or separated from their loved ones in the chaos, reviews footage of the bombing and identifies the suspects through observation and an encyclopedic knowledge of every business along the parade route. He also manages to just happen to be on the scene when literally every single significant event takes place, playing a crucial role in said events and just generally being one hell of a damn good cop.

Now, if you haven't already heard, you can probably guess that there was no such person as Sergeant Tommy Saunders. He's another "composite" character, which is of course a standard tool in dramatization, and it's an understandable thought that a story such a this plays better with a main protagonist to focus the action on, so the basic idea of an amalgam of different officers isn't entirely a bad one. But exactly how many people is Tommy based on? And is one of them Jack Bauer? Tommy manages to be within two minutes of everywhere at once at all times, and usually the first on the scene, sometimes before anything actually happens (his Spidey sense should get paid overtime.). 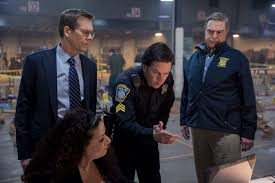 The over reliance on this fictional (and often cartoonish) hero has lead to a certain backlash against the film by officers who were involved in the events portrayed, as well as their families and other members of the community. On the other side of things (and this may require a SPOILER ALERT), a sequence involving an interrogation of Katherine Russell, wife of bomber Tamerlan Tsarnaev, has lead to threats of litigation for it's  portrayal of guilt for someone who has never even come close to being charged with anything. While there are those among the Boston PD who maintain a belief that Russell knew of the plans of her husband and brother in law, and there are plenty who feel that the wife of a terrorist doesn't deserve any better than she gets here (though the bill of rights begs to differ), the sequence is quite irresponsible, even if it is dramatically satisfying (with the help of a powerhouse cameo by Khandi Alexander as the interrogator.).

The acting is first rate all around, with Bacon and Simmons as the standouts, along with Alex Wolff as the younger of the two terrorists. Goodman is quite strong, and he and Wahlberg play well off of each other. (Monaghan, my favorite woefully underused actress, is of course woefully underused.). The movie is undeniably edge of your seat engrossing (Director Peter Berg employs a sort of soft touch Paul Greengrass approach, and does it pretty well.). Unfortunately, it's also riddled with clichés (the technical advisors seem to be referring to "The Big F**kin' Book of F**kin' Hwollywood Pehtrayals of Mutha F**kahs From Bahstahn in the F**kin' Movies", and at times it gets genuinely hammy. Still, it plays: but if you have to ignore this many basic responsibilities to not only fact, but to real people whose lives were forever altered by this tragedy, it begs the question: should this movie even be made? That is the central point of the argument in Boston, and in Hollywood. Berg and his star, Wahlberg, churned out two films in 2016, the other being the oil rig disaster flick Deepwater Horizon, and both were based on real life tragedies that happened less than ten years ago. Both films were well made, both raise questions about opportunism and exploitation in being produced so quickly, and it seems very clear that after failing with such films as the abysmal Battleship, Berg decided after Lone Survivor that wherever bad things happened to good people, he and Wahlberg would be there to make it into an entertaining movie.

Truthfully, it seems to be an effective niche for them, and while there is an undeniable, well meaning feeling of trying to honor real life heroes, there's also a feeling that the rush to get these stories to the big screen isn't doing everyone a service.