Steven Spielberg's Reaction To The Loss Of Carrie Fisher 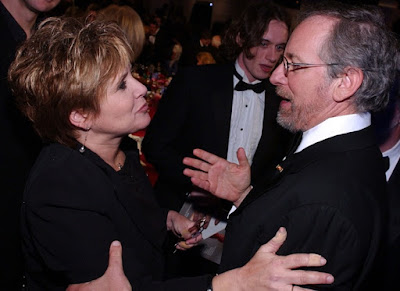 Steven Spielberg has responded in a statement to the loss of Carrie Fisher earlier today.  Steven has a cameo on The Blues Brothers which starred Carrie Fisher as well as working (uncredited) on Star Wars:

"I have always stood in awe of Carrie," Spielberg said in a statement. "Her observations always made me laugh and gasp at the same time. She didn't need The Force. She was a force of nature, of loyalty and of friendship. I will miss her very much."