Rogue One Takes $155 Million In Its Opening Weekend 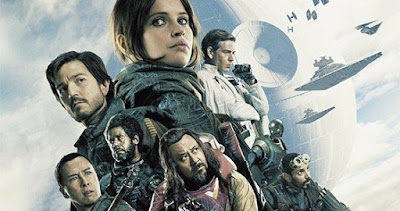 $155 million.  That's how much Rogue One: A Star Wars Story has taken in it's opening weekend.  That makes it the second biggest opening for the month of December.  Only beaten by another Star Wars movie, The Force Awakens which took a staggering $247.9 million.

So far Rogue One has brought in a rather tasty $290 million worldwide which of course will increase over the Christmas holidays.

Will Smith's drama Collateral Beauty has had to contend with the first Star Wars anthology movie and hasn't fared well earning a low $7 million in its opening weekend.  The lowest for a Will Smith movie.

It seems December will be a Star Wars lock in for many years to come.