Propel has introduced the first in a series of special edition laser battling drones available this Christmas on shelves now. The hand-finished, individually numbered Star Wars ships provide just a glimpse of what is to come in 2017. 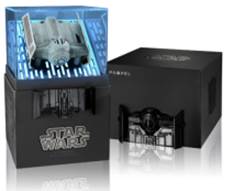 The T-65 X-wing Starfighter, Darth Vader’s TIE Advanced X1, and a 74-Z Speeder Bike from Return of the Jedi, will be the first of the drones available, giving new pilots the chance to fly for either the Empire or Rebel Alliance.

The highly advanced piece of machinery packed into a form factor the size of your palm contains intelligent awareness technology that allows for several different types of highly accurate multiplayer aerial laser battles, ushering in a new era of gaming – Drone Gaming.

As well as flying to speeds above 35 MPH in less than three seconds, a unique flight control algorithm enables special manoeuvres that mimic Star Wars flight patterns, such as forward moving corkscrew rolls and innovative reverse propulsion drone technology means the ships fly in the most lifelike way.

As the excitement builds, legions of Star Wars fans and drone owners will be heading to ‘Propel Star Wars Drones’ – a dedicated Facebook page where pilots can receive additional training content, tips on how to fly and win in real-life dogfights, and a chance to meet other pilots to co-ordinate battles. 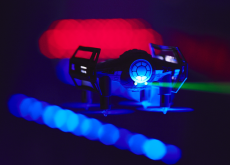 Darren Matloff, CEO of Propel says, “For almost 40 years, countless Star Wars fans new and old
have dreamed about piloting their very own starfighter and with the new reverse propulsion drone technology from Propel they’re finally here! We have developed twelve new patent pending technologies in an effort to create a truly immersive user experience with the drone that can manoeuvre through the skies untethered in a highly accurate representation of how these Star Wars craft are supposed to fly”.

The first editions are RRP £229.99 and are sold in a wax-sealed special edition box which arrive on shelves at Maplin, Currys, Argos, Disney Store and Hamleys from the beginning of December 2016.

STAR WARS and related properties are trademarks and/or copyrights, in the United States and other countries, of Lucasfilm Ltd. and/or its affiliates. © & TM Lucasfilm Ltd.