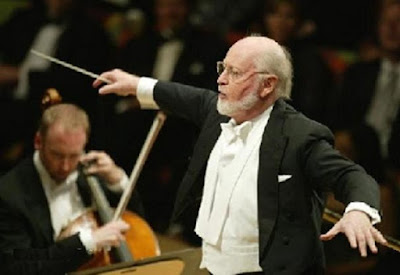 Take some John Williams and add some Star Wars and everyone is guaranteed to smile.  Especially when it's a new Star Wars soundtrack.  Yes, according to Variety, John Williams is to begin recording Star Wars Episode VIII this month.  Yes, it's that close!  The composer also discussed working on The BFG and the disappointment in the box office takings the film took but enjoyed creating the wonderful soundtrack for the Spielberg movie:


“I loved doing it,” says Williams of “BFG,” “because it was a change from a lot of the things we’ve done. It was done with such feeling and such humanity that it represented a charming palette for me.”

Williams concedes that he had hoped for greater commercial success for “The BFG,” which was deemed a box-office disappointment after its July 1 release. His next film, however, won’t be: He begins recording “Star Wars Episode VIII” in December and expects to record off and on through March or April 2017.

Read more over at Variety