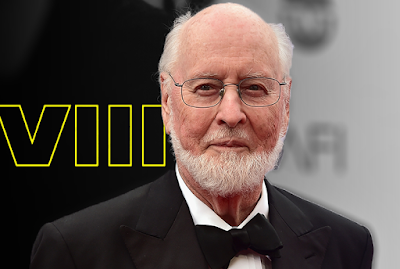 At this very moment, somewhere at Sony John Williams is recording the music to a brand new Star Wars movie.  That's according to the ScoringSessions Twitter account who report on musical recordings from around the world.  They tweeted on the 13th saying:


John Williams starts recording music for STAR WARS: EPISODE VIII at Sony today. The bulk of scoring will be in the spring.
— ScoringSessions.com (@scoringsessions) December 13, 2016


Episode VIII is set to be released December 2017 and will be directed by Rian Johnson.  John Williams who brought us the magical Rey's Theme in Star Wars: The Force Awakens will once again bring us his magic for the next installment.  In the mean time Michael Giacchino picked up the baton for this week's release Rogue One: A Star Wars Story.  You can watch the composer during a recording session below: