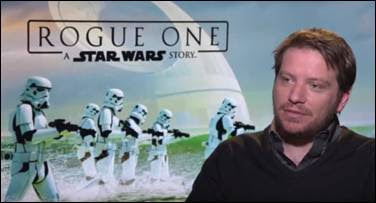 “The thing that just crept to the surface really easily was this idea of a slightly more realistic Star Wars…we took war photography from Vietnam, the South Pacific and the Middle East and Photoshopped rebel helmets on the soldiers and replaced some things with stormtroopers in the background…” - Director Gareth Edwards

To celebrate this week’s upcoming release of Rogue One: A Star Wars Story, IMAX has released a new featurette. Offering commentary from Director Gareth Edwards and members of the cast including Felicity Jones, Diego Luna, Donnie Yen, Mads Mikkelsen, and Ben Mendelsohn, the featurette highlights what sets Rogue One apart from other movies in the Star Warsfranchise, as well as the importance of seeing this epic tale on a grand scale.

“It’s the world’s biggest campfire that we’re all gathering around, and you haven’t really seen your film until you’ve sat down in an IMAX screen and watched it.” - Director Gareth Edwards

The IMAX release of Rogue One: A Star Wars Story will be digitally re-mastered into the image and sound quality of The IMAX Experience® with proprietary IMAX DMR® (Digital Re-mastering) technology. The crystal-clear images coupled with IMAX's customized theatre geometry and powerful digital audio create a unique environment that will make audiences feel as if they are in the movie.

About Rogue One: A Star Wars Story
From Lucasfilm comes the first of the Star Wars standalone films, “Rogue One: A Star Wars Story,” an all-new epic adventure. In a time of conflict, a group of unlikely heroes band together on a mission to steal the plans to the Death Star, the Empire’s ultimate weapon of destruction. This key event in the Star Wars timeline brings together ordinary people who choose to do extraordinary things, and in doing so, become part of something greater than themselves.