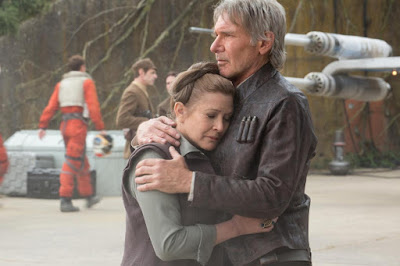 It's been a week to forget for the Fisher family.  With the untimely passing of Carrie Fisher two days ago and today we learn that her mother, Debbie Reynolds also passed away, our thoughts go to their family during these testing times.

Star Wars fans also feel the loss with Carrie Fisher being their princess for over 40 years.  It seems that fans will get to see her as Leia in Star Wars Episode VIII.  Director Rian Jonhnson wrapped up shooting in July and all scenes with Fisher were completed.  Her role is set to be bigger than the few scenes we watched in Star Wars: The Force Awakens.