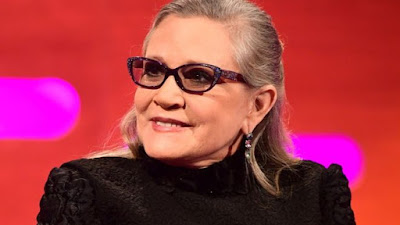 Breaking news.  A spokesman for Carrie Fisher's family has said the actress has died days after suffering a major cardiac arrest on a flight from London to LA.

In a statement released on behalf of Fisher's daughter Billie Lourd, spokesman Simon Halls said: "It is with a very deep sadness that Billie Lourd confirms that her beloved mother Carrie Fisher passed away at 8.55 this morning."

"She was loved by the world and she will be missed profoundly. Our entire family thanks you for your thoughts and prayers."

Fisher had been on tour promoting her latest book, The Princess Diarist.  A medic who was travelling on the plane administered CPR.  Paramedics then spent a further 15 minutes administering more CPR to Fisher before getting a pulse, The actress was on a ventilator in the UCLA medical centre.

Really sad news and our thoughts are with her family and friends during these difficult times.  We'll update as we get more news.

I just want to add that she was an incredibly lovely person.  I met her last year at a comic con and she was so approachable, caring with a naughty streak.  She was my first crush having grown up in the 70's and 80's as a huge Star Wars fan.  Her beauty shown through and will continue to.  Sleep well Princess, may the Force be with you. 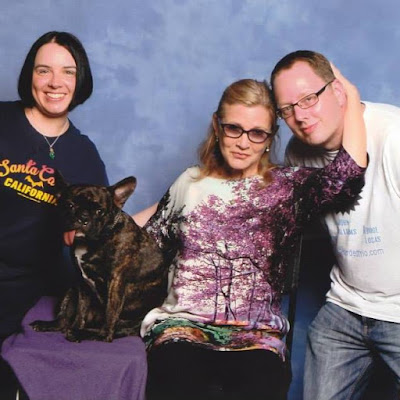