The Jurassic Revival Is All Over Gaming 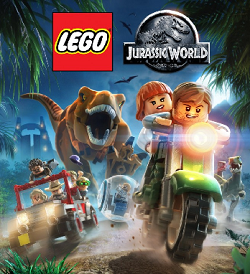 By now we're all pretty used to the idea that the Jurassic Park franchise is back in full force. Spinning off of the legendary Steven Spielberg series, 2015's Jurassic World was about as strong a revival as any studio could have hoped for. The movie delighted critics and audiences, raking in $1.6 billion worldwide at box offices. Naturally there's a sequel on the way, and for all we know we could be on the cusp of a sprawling new branch of the franchise.

Even before Jurassic World reached theaters, we were seeing something of a rebirth of Jurassic Park-related entertainment through the gaming industry. Back in 2011, Telltale Games produced Jurassic Park: The Game, a few years before the studio really exploded onto the console scene to become a recognized pioneer in narrative gaming. Looking back, it feels like a trial run for Telltale as it was criticized for not living up to the film, but also noted by other critics as being more of a cinematic experience than a playable one. For the most part, people seemed to enjoy the game as a somewhat random and unexpected homage to the original movie, but as little more than that. Telltale took a few more years to strike a balance between gameplay and narrative exhibition. Nevertheless, it was fun to see a Jurassic Park game of any kind pop up in 2011.

Another somewhat surprising Jurassic Park tribute game that appeared before Jurassic World ever materialized was an online slot arcade designed with approval from Universal. Listed among the game offerings from numerous prolific casino platforms, the Jurassic Park game employs imagery and music from the original film (including John Williams' iconic theme) to make a traditional slot reel a little bit more interesting. It's not a unique game in that there are many others like it that make use of popular movies or shows, but it still felt a little like a random tribute to Jurassic Park. It was further evidence that even before Jurassic World, people were still holding onto the franchise.

In 2012, we also saw the emergence of Jurassic Park Builder, a mobile game described as a thrilling interactive journey where players could design their own parks. The game took advantage of a few common formats in mobile gaming like city building and creature capture to create a full-fledged Jurassic Park construction and management experience. While somewhat simple from a graphics standpoint, it may have been the most immersive Jurassic Park gaming experience we'd seen by that point.

Then we reached 2015, and along with the release of Jurassic World several new games came out based on the new movie while building on the ideas of the previous titles. Jurassic World: The Game is a mobile experience not unlike Jurassic Park Builder, and LEGO Jurassic World—which we wrote about before—was a large-scale, playful adventure that follows the plot lines of all four Jurassic Park movies.

Add it all up and that's five games since 2011—three of which came out before the reboot was even on people's radar! Given that the film series doesn't seem like it's dying out any time soon, we can probably expect more games like these in the coming years. In the meantime, it's cool to look back and realize that the Jurassic Park revival actually started before Hollywood got involved.