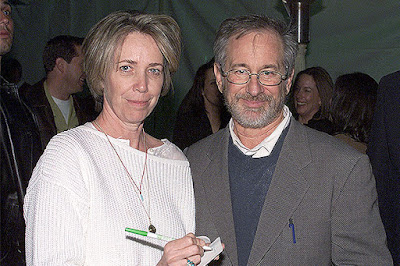 If you're a fan of Steven Spielberg then you will know how talented Melissa Mathison was having written E.T. The Extra Terrestrial and returning three decades later to write the script for Spielberg's latest, The BFG.  Steven Spielberg pays tribute to the talented writer:

“Even though I only really worked with Melissa couple of times, mainly on ‘E.T.’, to bookend our relationship with two stories deeply from the heart of mostly Mathison, you know… ‘E.T.’ might have been my story, but the depth of that story and the way that story was told, came from Melissa’s heart as did ‘The BFG’.”