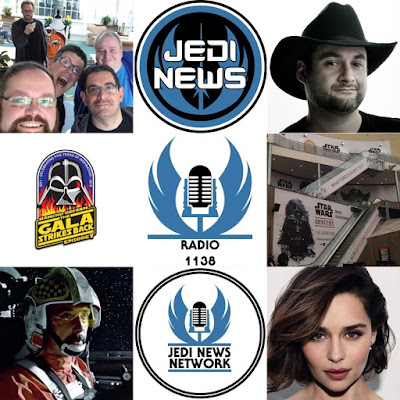 It may be late November and Rogue One is only 21 days away but there’s plenty of great news happening right now. In our 54th episode we’re joined by a galaxy of stars. From the 5th Annual Rancho Obi-Wan Gala in Petaluma we have Dave Filoni, Pablo Hidalgo, AJ, Leland Chee and from Rebel Force Radio the one and only Jimmy Mac. Meanwhile, the November edition of MCM Expo at the NEC in Birmingham saw Mark and James interview Garrick Hagon from A New Hope and Paul Warren from The Force Awakens while Matt Booker from Take Cover and James attended the launches of the world’s largest LEGO store on Leicester Square and Propel at Madam Tussauds. You can contact us on Skype at JediNewsNetwork with your comments, views and opinions and be a part of the show.