FEAR THE WALKING DEAD: THE COMPLETE SECOND SEASON AVAILABLE NOW TO PRE-ORDER AVAILABLE ON BLU-RAY™ AND DVD ON 5TH DECEMBER 2016 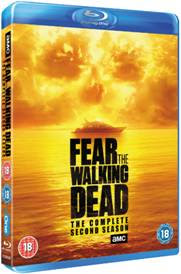 From AMC Studios FEAR THE WALKING DEAD: THE COMPLETE SECOND SEASON is the suspenseful and thrilling second season to one of the most highly anticipated and acclaimed TV series of recent years.

Discover how the world fell apart in the companion series to the global phenomenon The Walking Dead. Don’t miss the next chapter of the deadly series as FEAR THE WALKING DEAD: THE COMPLETE SECOND SEASON is available to pre-order now from Amazon http://amzn.to/2ecgClf and comes to Blu-ray and DVD on 5th December 2016, courtesy of Entertainment One. 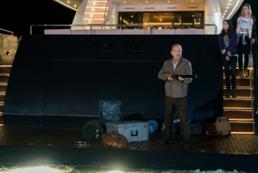 After witnessing the burning of Los Angeles, Madison, Travis, Daniel and their grieving families board the ‘Abigail’, still unaware of the true breadth and depth of the apocalypse that surrounds them. But as Operation Cobalt goes into full effect and the military bombs the Southland to cleanse it of the Infected, the Dead are driven toward the sea. As the group head for ports unknown, they will discover that the water may be no safer than land.

Don’t miss what Complex UK described as “the best zombie show on TV” as FEAR THE WALKING DEAD: THE COMPLETE SECOND SEASON is available to pre-order now from Amazon http://amzn.to/2ecgClf and arrives on Blu-ray™ and DVD from 5th December 2016, courtesy of Entertainment One. 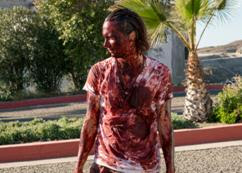