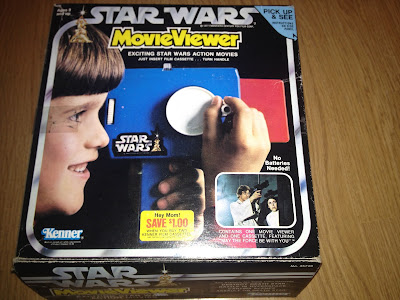 This was from Kenner and it was called the MovieViewer.  It had a cartridge in the camera and a white handle that you turned while looking through the view finder.  While turning you were treated to a few minutes of edited Star Wars.  It was best used underneath a light as this would enhance the brightness of the grainy picture.

Well as luck has it, I have one of these toys in my collection.  I've taken a few photos and uploaded a video to give you an idea of what you see.  The cassette I have is called May the Force be with you  There were five in the Star Wars series.  The other four are Destroy Death Star, Battle in hyperspace, Cantina Scenes and Assault on Death Star.

Let me know what you think 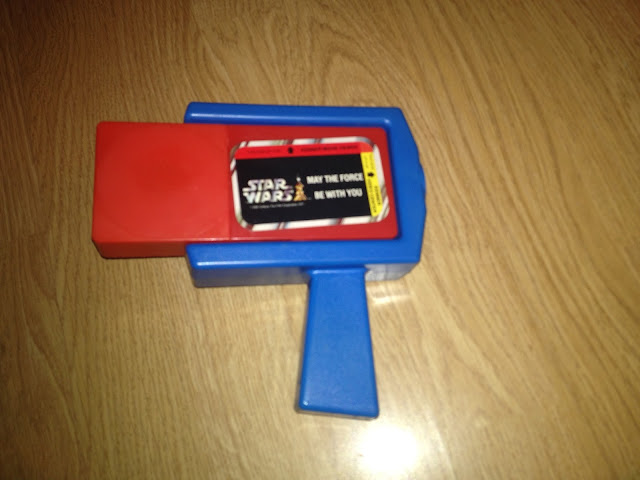 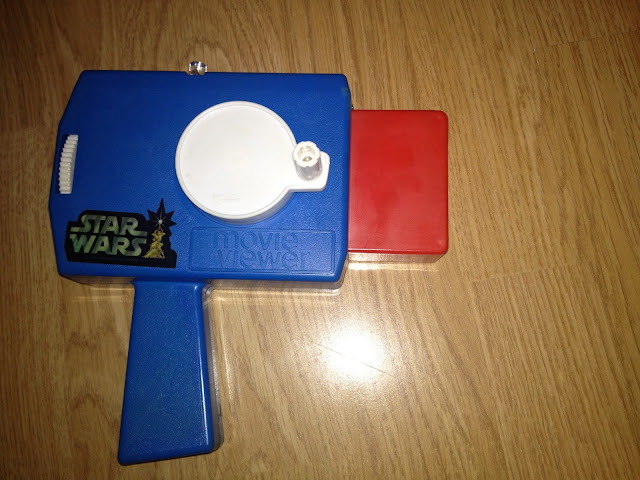 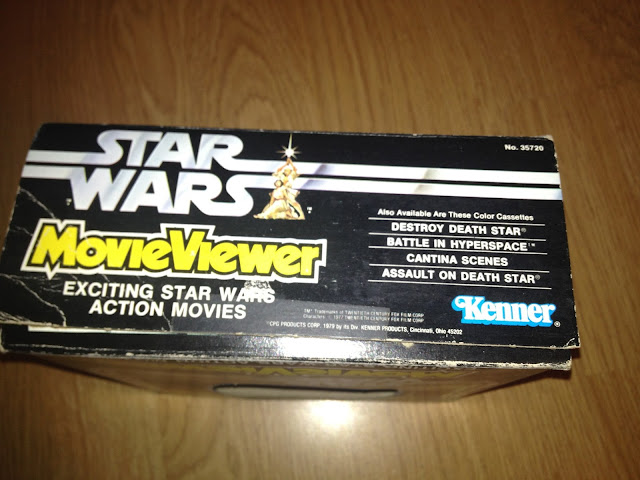 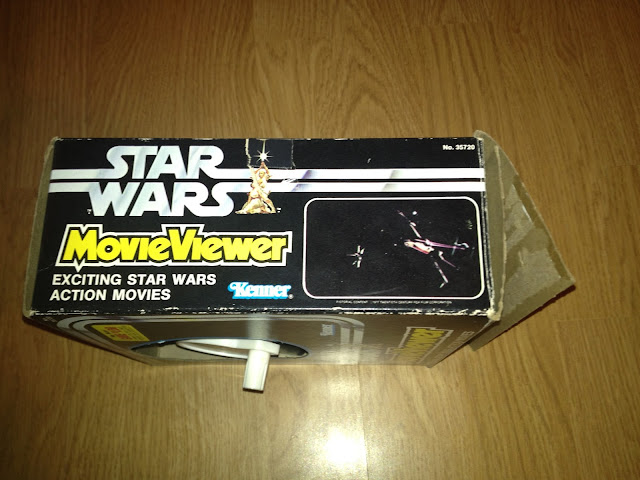