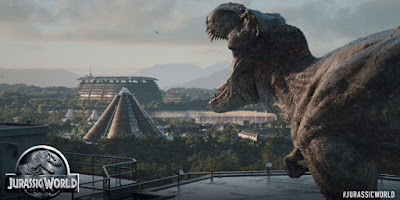 Love it or hate it, the fourth installment in the Jurassic World franchise made a pile of cash bigger than a steaming pile of dino-dung.  So it's no surprise that more movies in the franchise are guaranteed.  It earned over $1.6 billion worldwide and is the fourth highest-grossing movie of all time (not accounting for inflation).

Yesterday Spanish director JA Bayona who is taking over the director's chair from Colin Trevorrow for the sequel said in a recent interview that the plan is to create a new trilogy “truthful to the legacy” of Steven Spielberg’s original Jurassic Park films while modernising them for a new audience.

“The whole Jurassic World is a trilogy that Colin Trevorrow as envisioned. We’re writing the second chapter and it’s very interesting where he’s leading the story,” he told LRM.

“I grew up watching Steven Spielberg movies and I love those movies and the legacy, so it’s a question of being truthful to the legacy and at the same time, bringing new stuff that people will appreciate. We are still six months ahead of shooting and so far, so good. It’s very exciting right now.”

In other words Bayona is covering all bases to be on the safe side.