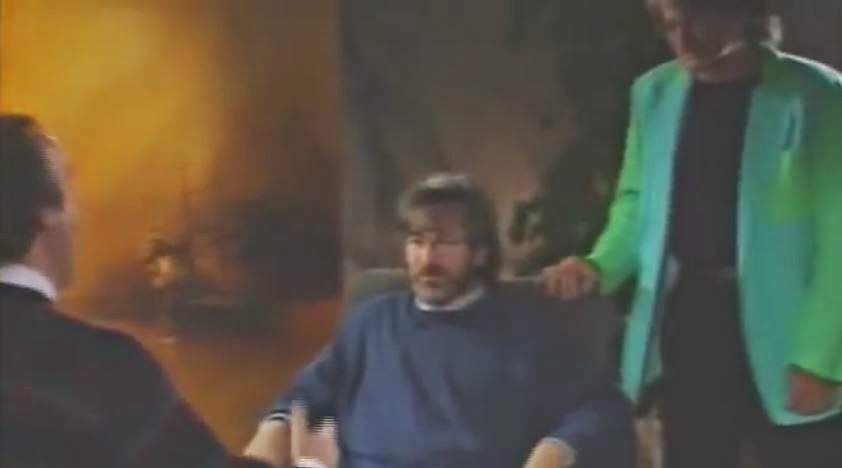 During an interview where Steven Spielberg talks about the movie Hook, Robin Williams interrupts the interview to do what he does best, make people smile.

At one point Spielberg explained they were laughing so much on the set of Hook, "the laughing hurt" said Spielberg.  He also explains how Robin Williams was at his most awkward when he had to play Pan as a straight guy with no imagination and humour which is depicted in the movie before Pan realises he is the Pan.