Introduction of a plucky young Padawan by Patty Hammond


When Ahsoka was introduced in the 2008 Star Wars: The Clone Wars feature film, feelings about this new character from reviewers and fans were mixed.  Not only because this character was not seen in any of the live action movies, but many were concerned about Ahsoka’s interaction with her new Master, Anakin Skywalker.

Some did not like this new character because of this interaction… 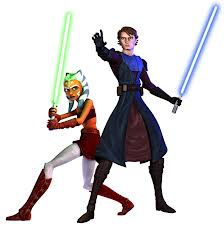 “Ahsoka Tano, by the way, is annoying. She bats her grapefruit-sized eyes at Anakin and offers suggestions that invariably prove her right and her teacher wrong.” Roger Ebert

“Anakin and Ahsoka have lots of banter about what it means to be a Jedi and the importance of following orders. The teenage apprentice is plucky, but she's also very irritating in the way she often disobeys Anakin and complains about everything.” Christianity Today

The concerns were reinforced when Anakin continued to call her ‘Snips’ to Ahsoka calling him ‘Skyguy’.  However, some  saw this interaction as a step in the right direction…

“Probably the most worrisome aspect of the film for fans, this sassy, smart-mouthed Jedi-in-training is actually surprisingly affable, striking up a snappy rapport with Anakin, who casts aside his usual pouty petulance.” Empire Online review

The concerns expressed in all these comments are centered around characteristics that are found in a typical teen her age. This means that although Ahsoka was raised in the Jedi Temple, instead of here on Earth, did not mean that her character would not show the characteristics of a typical 14 years old girl.  Therefore, the reviewers and fans with the mixed feelings need to remember that Ahsoka’s character has a lot of growth ahead of her. 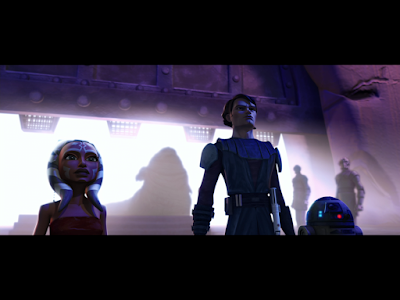 “Ahsoka’s a little rough around the edges, but with a great deal of training and patience, she may amount to something.”

Next time:  Ahsoka’s Growth during the Star Wars: The Clone Wars TV series

Patty Hammond (@pattyBones2) is the Everyday Fangirl from Michigan who has a disguise as a mild mannered data analyst for an Advertising firm. She has a degree in Library and Information Science and has worked in the Marketing and Adverting industry for over 20 years.  Patty is the founder and administrator of the blog EverydayFangirl.com and monthly contributor toTheCantinaCast.net. She is also an editor for one of the stories in the SFR Brigade Anthology.
Patty is a fan of many different genres and franchises, especially Star Wars. She first saw Star Wars at the Detroit premiere in 1977 thanks to her Mom who won tickets from a local TV station. Patty spent many hours acting out her favorite scenes with her brother and sisters, listening to the soundtracks and re-watching the films on TV and on home video.