A Retrospective Look Back At The Close Encounters Board Game 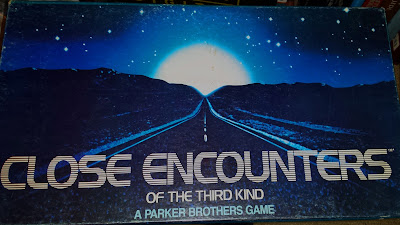 Released in 1978 by Parker Games, Close Encounters of the Third Kind - The Board Game was, unfortunately a little uninspiring when it came to tie-in board games.  The object was to get your five pips (supposedly the five tones from the movie) from the bottom of the board (Devil's Tower) to the top (the Mothership.)  Along the way you would set traps for the other players.  If they landed on one of these traps then they would have to move their pip back.

It may not be the best board game ever released but it's nice that it exists.  There was a lack of Close Encounters merchandise released when the movie came out, certainly in comparison to other movies of the era such as Star Wars, Superman and Star Trek.

The board itself has a wonderful picture of Devil's Tower behind 149 squares which was your playing area.  The board layout was also replicated on mini cards included with the game.  These cards were used to place your traps for the other players.  Two traps each (unless you are only playing with two players, in which case you placed four traps.) 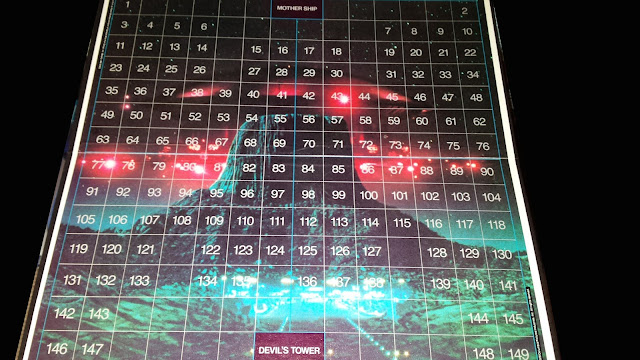 The instructions were self explanatory and the little write up explaining the Close Encounters scenario on the front of the instructions and the back of the box were amusing:

Imagine this.
First you see some spaceships. Then your mind becomes possessed; you see visions of Devil's Tower in Wyoming; you hear a weird, mysterious 5-note melody; you travel to Devil's Tower only to discover that others have come for the same purpose. You learn that only one of you will be allowed to board. To board the Mother Ship, you must compete against the others in a game, and win.

The Game
During the game you and your opponents move between Devil's Tower and the Mother Ship. As you move, you try to avoid the hidden traps that your opponents have set for you. At the same time, you try to slow your opponents' progress by creating hidden traps of your own. It's a game of mystery, of concentration, of chance. To play, you'll need nerves of steel. To win, you'll need a few lucky breaks. It's exciting. It's fun. It's unusual. Best of all, it's a game designed to be shared by the entire family. 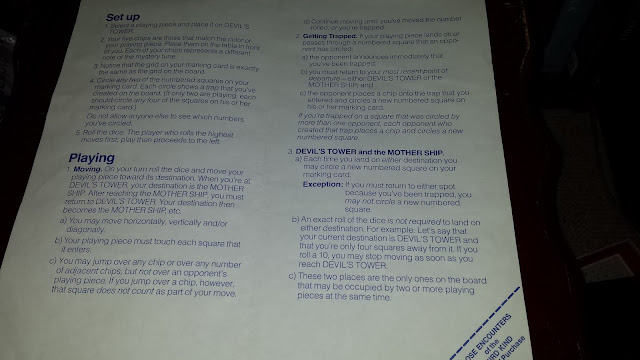 The pieces inside were pretty generic.  Two dice, four playing pieces and four sets of five pips of different colours were included but unfortunately had no resemblance to anything in the movie. 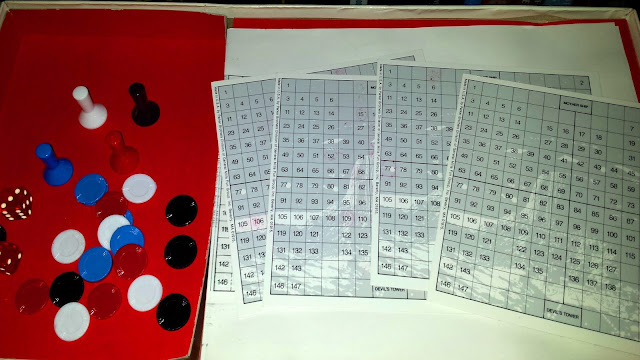 As I say, it's nice that the game exists even if it is a little uninspiring.  Still it's a nice addition to a Close Encounters collection.

Do you remember playing the game?  Leave a comment below and let me know if you enjoyed playing Close Encounters of the Third Kind. 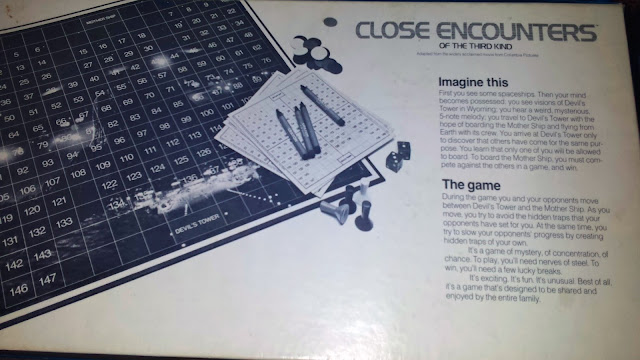