The Humanity of Spielberg 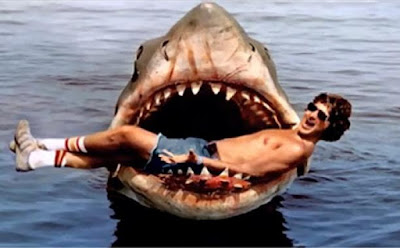 Spielberg. It’s a name synonymous with summer blockbusters. Where would we be without the talents of one Steven Spielberg? Think for a moment all of the fantastic movies he has gifted us with: Jaws, Close Encounters of the Third Kind, The Indiana Jones movies (all 4 of them!), E.T. The Extra-terrestrial, The Color Purple, Jurassic Park, Schindler’s List, Empire of the Sun, Hook, Amistad, Saving Private Ryan, and Lincoln, just to name a few. Spielberg’s influence of the film-making world is beyond scope.


Just for a second I wanted to compare him with George Lucas, Spielberg’s long-time friend of who I am a huge fan of. Compare them I will try, but easy it will not be. Comparing these two behemoths of the film making world is like comparing two auto giants, one of which is an acquired taste and a bit eclectic, but stylish and reliable, while the other is a 1969 Camaro. Fun. Fast, and easily accessible. Spielberg’s movies open up their doors and let in the viewer. There’s a familiarity to them. Even though we’re watching an archaeologist run through tunnels while being chased by giant boulders, or talking to aliens through the dial tone on the phone. It’s the emotion that Spielberg is able to pull out of the actors that brings us closer to the characters.

Before I wrote this blog I prepared myself by re-watching Jurassic Park and Close Encounters of the Third Kind. While taking notes, I noticed one thing; these movies are the perfect family movies. It depends on whether you want something fun and adventurous, like Indiana Jones, touching, as in E.T., or realistic, like Saving Private Ryan. There’s something for everyone. It’s a rare thing now when watching a film can be an activity for the entire family. Any violence is carefully included, but not there to put butts in the seat.

I’ve always been a fan of Spielberg, yet I am partially ashamed by the fact that I own only two of his films; the two that I watched for this blog, and it’s been years since I’ve seen E.T. (there’s something about that hospital scene that I cannot bring myself to watch). It is things like that hospital scene to which I am referring to. It is sad. It makes you feel. It’s okay to feel guys! I remember seeing Empire of the Sun when I was 13, and thinking about how the boy in the movie was only 2 years older than me. For a 13 year old that movie was a lot to take in, but it is still one of my all-time favorites. That reminds me, I need to watch that again. 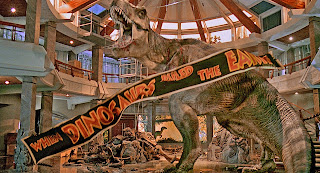 It’s such a Spielberg thing to take a hot topic and make into a movie. When Jurassic Park was released in 1993, I already was deeply interested in paleontology, almost enough to make it my career. I remember hearing chatter about dinosaurs being descendant from birds, and that T-Rex was possibly a scavenger, and lastly, Velociraptor was a highly intelligent animal, not the dumb dinosaur we believed them to be. Naturally all those topics appear in the film based on Michael Crichton’s novel. The effects were so good in that film I wasn’t sure if I was looking at a real Brachiosaur (veggie-saur) or the magic of Stan Winston’s studios. Turns out they were real! I’m being facetious of course, but that’s the magic of it all. The magic of Steven Spielberg. His movies are so immersive you forget they’re movies, because there is the human element. 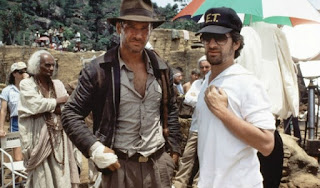 When going into this blog I initially wanted to talk more about the common thread between the main characters in each of his films and find the similarities. Or perhaps discuss which literary lens I could view each movie through, psychoanalytical, feminism, Marxism, structuralism, or deconstructive. But where’s the fun in that?