The Bearded Trio Asked Our Readers To Give The Force Awakens Marks Out Of 10. Here's The Average Score 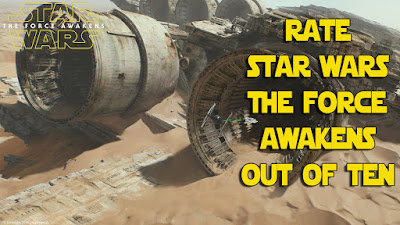 It's been the opening weekend for Star Wars The Force Awakens and the overall feel has been a positive one.  But to be sure The Bearded Trio asked our followers, readers and fans on our Facebook page to mark the movie out of ten.  We had over 80 responses so we've added up all the scores and divided them to give you the average score.

So our readers are giving Star Wars The Force Awakens an average score of:

That's not a bad score.  Some wanted to give it 11 or more (we added these as a 10) while a few gave the movie 2 or less.  But on average the movie was scoring between 6 and 9.  A solid start for the new Star Wars trilogy.