Spielberg to film Ready Player One in the UK 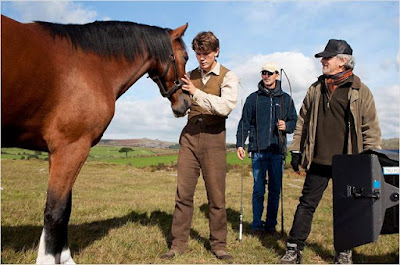 Marking his first UK shoot since War Horse, Steven Spielberg plans on shooting his next movie, Ready Player One in the United Kingdom.  Shooting is planned for next summer.

The movie is based on the Ernest Cline novel that follows a teenager who must break free of a perfect virtual world.

The UK has become a popular location for big blockbusters mainly due to the tax breaks being offered by the government.  Star Wars The Force Awakens was shot in the UK with more Star Wars to follow in the UK.