PREMIERE PROPS TO AUCTION OFF OVER 500 ITEMS FROM “STAR WARS”, “JURASSIC PARK” AND MORE 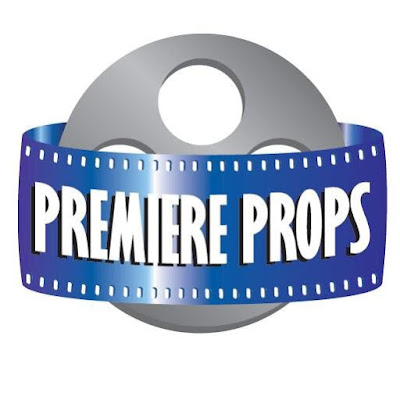 Premiere Props announced they will be auctioning off over 500 movie props and entertainment memorabilia including several miniatures from the Academy Award®winning 21st Century Creative Studio, New Deal Studios at their Hollywood Extravaganza Auction on Saturday, December 12, 2015 at their headquarters in El Segundo, CA. There will be a preview from 9-11am PT with the live auction beginning at 11am PT.

Featured miniatures include:
·       “Iron Man” - The only remaining pair from a set of 3 Transformer Junction boxes and a pencil drawing of the Tokomak Transformer
·       “Dark Knight Rises” - The signature Embraer miniature airplane from the opening sequence
·       “Pirates Of The Caribbean: On Stranger Tides”  - The coal wagon with Jack Sparrow
·       “Men In Black” - The alien smuggling van and tractor trailer from the opening sequence
·       “Alien: Resurrection” – Space freighter Betty
·       “End Of Days” – The demon creature light study model maquette from the Stan Winston Studios
·       “National Treasure” - The treasure room including many of its artifacts discovered during Benjamin Franklin Gates climatic scene
·       “Pitch Black” - the engine module from merchant vessel Hunter Gratzner
·       Disneyland - Historic oil derricks made exclusively for the Epcot Center Universe of Energy ride
·       Backstreet Boys “Larger Than Life” music video - A fighter spaceship
·       Absolut Vodka - The miniature city set complete with movable miniature train and elaborate dome from a commercial campaign

“This is a great opportunity because it’s like classic cars, they just don’t make movies like this any longer”, says Shannon Gans, CEO Co-Founder, New Deal Studios.  “This is your chance to own something that is handmade or hand drawn by the best artists in the industry.”

Two additional Star Wars items have been added and they include:
“Han Solo” in carbonite test bust from Star Wars: Episode V - The Empire Strikes Back. (TCF, 1980) One of the most iconic images in film of all time is “Han Solo” (Harrison Ford) frozen in a block of Carbonite at the climatic ending of  Star Wars: Episode V - The Empire Strikes Back. This is a production-made test bust of “Solo’s” face frozen in Carbonite. Since the full-body prop had to appear to float via antigravity units embedded in its sides, this test 15 x 13 x 5 in. “Solo” head, incorporating a lifemask of Ford, was constructed of lightweight vacuum formed plastic to gauge the durability of the ultimate prop and to allow it to hover on wires. Painted in gunmetal gray/silver in post-production. There is one visible crack on the flashing of the plastic, however does not affect the head or face. In vintage, very good to fine condition.


Fans can starting bidding now, placing bids online at http://www.icollector.com/ and http://www.liveauctioneers.com or calling to set up phone bidding with a Premiere Props representative.

Collectors can place proxy bids until the Hollywood Extravaganza Auction goes LIVE at 11am PT on Saturday, December 12, 2015.