George Lucas Zooms In On Film Recently I’ve become more and more interested in the George Lucas before Star Wars. Primarily what sort of films he made prior to creating the blockbuster space opera. A few years ago I did some digging on websites like Wikipedia, and wrote down any film titles I came across that he made while attending USC. Films like Look at Life, Herbie, 1:42.08, The Emperor, Anyone Lived in Pretty (How) Town, filmmaker, Freiheit, 6.18.67 and THX 1138 4EB. Considering how many awards Lucas won at film festivals, I always wondered why these films didn’t get more recognition than they do. I understand they’re just student films, and at the time Lucas was an unknown. So I wanted to shine a spotlight on some of these films and who knows maybe it’ll spark some interest for whoever is reading this to do your own bit of research and learn about the man behind the camera.
Look at Life was Lucas’s first student film. It was a montage film created by filming different photographs from magazines, filmed in such a way to convey the horrors of war. Using one minute’s worth of 16mm black and white film and accompanied by soft guitar music. It quickly skips to the each photo faster and faster, the music tempo increasing. Finally at the end the word “LOVE” appears in the screen, followed “ANYONE FOR ASURVIVAL”, followed by “THE END” and then”?”. It was Lucas’s attempt at social commentary; it also won multiple awards at student film festivals.
Freiheit, Lucas’s second student film, depicted one man’s desperate bid for freedom while attempting to cross the border of East Germany into West Germany.  Lucas’s use of blue-tinted monochrome helped to transport us from our own mundane lives to the world of political strife and a struggle for one man’s freedom; all with only two actors and less than three minutes of film.
Herbie, Lucas’s third film, consisted of nighttime shots of traffic reflected in the bodywork of cars, all to the tunes of Herbie Hancock. A lover of racing and cars in general, cars would play a prevalent role in many of Lucas’s student films.
1:42.08 is a film Lucas made by filming racing driver Peter Brock’s Lotus racing around the track in Rosamond, California. Different points of view are used during this film, including from another car behind the subject car, inside the cockpit of the car, and more distant shots.
Lucas’s next film entitled THX 1138 4EB explores themes of a dehumanized society where pills are given to treat any sort of sickness or issue. It is a much shorter version than what we would end up being Lucas’s first feature film THX 1138.
Anyone lived in pretty (how) Town, is somewhat of a different turn for Lucas. It resembles some of his early montage work like Freiheit, but in a more fantastical manner. 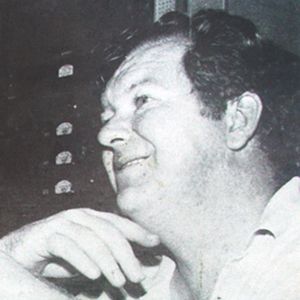 The Emperor, is not about an evil black robed figure, at least not yet. The Emperor is a documentary following famous DJ, Bob Hudson, at the time whose nickname on the radio was The Emperor.
6.18.67 was a film Lucas made while location for the making of the film Mackenna’s Gold. Losing interest in the act of production he turns his camera onto the surrounding wilderness in the form of a tone poem.
Filmmaker is a documentary on the making of the film, The Rain People, directed by his friend Francis Ford Coppola.
This is by no means what I would call a detailed description of each film, but it’s the basis of what he did while at USC. In my opinion, if you want to know about Star Wars you don’t watch Star Wars. You watch what came before, what inspired it, what films came before leading into Star Wars. Only then will you be able to understand where Lucas was coming from when he began writing the script in 1973.