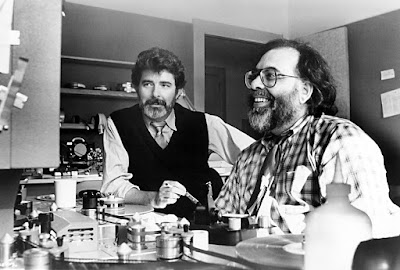 In a recent interview Francis Ford Coppola has spoken about his friend, George Lucas and how he hopes he returns to small experimental movies.

Speaking at the Marrakech International Film Festival (Dec 4-12), the 76-year-old director of The Godfather trilogy revealed details of the new multi-generational Italian-American saga he is developing, titled Distant Vision.

Coppola talked about big budget movies, the future of cinema and the continuation of experimentation in film:

“Someone recently asked me, ‘Is there a future for cinema?’. Of course there is...The films your grandchildren will be watching and making, you can’t even imagine what they will be like.

“We have had so many great films made so far, it’s hard to imagine that films won’t always be like that. But you can’t get there without experimentation. And experimentation means you might fail.”

He then brings up George Lucas:

“I think Star Wars, it’s a pity, because George Lucas was a very experimental crazy guy and he got lost in this big production and never got out of it,” Coppola reflected.

“I still hope that he made so much money out of it that he will just make some little movies. He promises me that he will.”