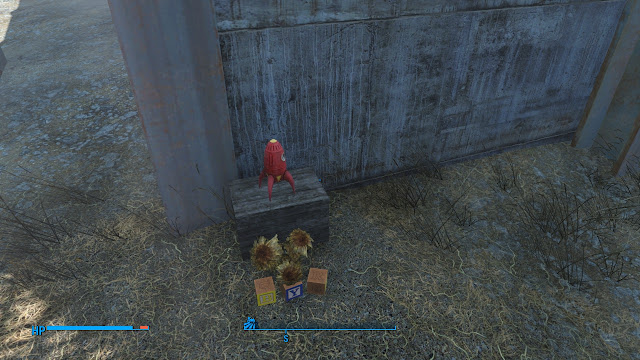 I, like most gamers at the moment are travelling around the Commonwealth in Fallout 4 helping citizens, completing missions and finding bits and pieces to help build my workshops.  While I was at the Warwick Homestead I walked right to the far east end by the water and found this nice little reference to E.T. The Extra Terrestrial.  There was a toy alien there too but I picked it up before I realized the reference.   The toy blocks spell out the word 'Bye.'

Have you found any other movie references on your travels around the Commonwealth?