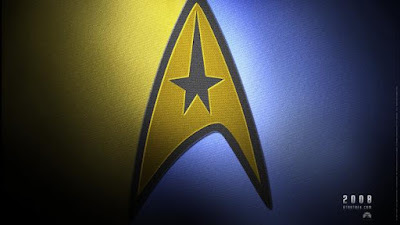 This is the news I've been waiting to hear for a number of years now.  A new Star Trek TV series is on the way.  The story was reported today by Hollywood Reporter.

Alex Kurtzman is attached to the new series, which will premiere in January 2017 on CBS before new episodes debut on its digital and VOD platform.

Prolific producer Alex Kurtzman is developing a new take on the beloved sci-fi classic for TV, The Hollywood Reporter has learned. The new Star Trek has been picked up straight to series at CBS, with the premiere slated for the network in January 2017.

The new Star Trek will introduce new characters seeking imaginative new worlds and new civilizations, while exploring the dramatic contemporary themes that have been a signature of the franchise since its inception in 1966.

"This new series will premiere to the national CBS audience, then boldly go where no first-run Star Trek series has gone before — directly to its millions of fans through CBS All Access,” said Marc DeBevoise, executive vp and GM at CBS Digital Media. “We’ve experienced terrific growth for CBS All Access, expanding the service across affiliates and devices in a very short time. We now have an incredible opportunity to accelerate this growth with the iconic Star Trek, and its devoted and passionate fan base, as our first original series.”

As mentioned I cannot wait for this.  Star Trek, I've always believed belongs on TV to get the best out of the series.  I just hope they don't dumb it down.  I would love to see the quality we saw during the Deep Space Nine days.  What would you like to see in the new TV series?