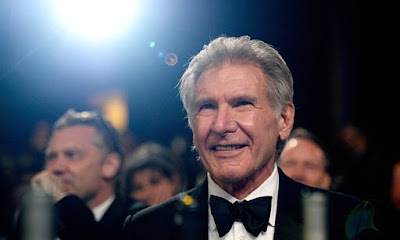 Steven Spielberg has teased us once more with a mention of Indiana Jones 5 in a recorded speech at the BAFTA Los Angeles awards.  The award was being handed out to Harrison Ford for the Albert R Broccoli Britannia award for worldwide contribution to entertainment.  Spielberg directly addressed the actor: “I can’t wait to work with you on Indiana Jones 5. This is not an announcement, just my fervent hope.”

In accepting the Bafta Los Angeles award from Abrams, who appeared in person to pay tribute to the film star, Ford didn't address Spielberg’s call to action. Instead, he kept it humble, by saying he didn’t prepare anything to say (“I could barely get dressed,” he joked), and thanking everyone – including Carrie Fisher and George Lucas – who took part in a touching filmed tribute that preceded his speech.

“I really wanted to be an actor because I could not imagine myself having a real job and I thought it would be nice to live the lives of many other people, to tell stories, to share emotion,” Ford said. “Film has given power, grace, imagination and wisdom to things I have had that opportunity to do. I am very grateful for the life I have had … I’m humbled.”

Read more at The Guardian.