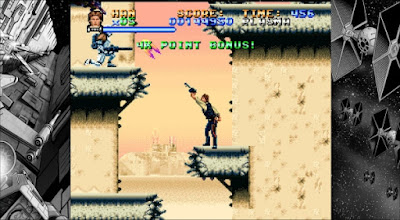 A remastered version of what some will say is their favourite Star Wars game of all time has hit the Playstation Store on the PS4.  Super Star Wars, which was originally released on the SNES way back in 1992 is available for just $9.99.

Some gamers have told me they are more excited about this than the current hot release of Star Wars Battlefront.  Super Star Wars was a 16-bit hit and has been remastered to take advantage of 1080p HD output on the Sony Playstation 4.  Also included in the remastered edition are extra controller options, your normal trophies achievements that you get with most Playstation games and (most importantly) a save feature.