Obama presents the Presidential Medal of Freedom to Steven Spielberg. 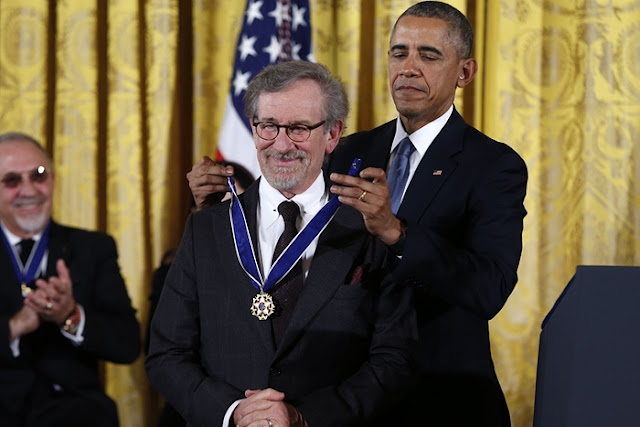 Obama awarding Steven Spielberg (along with 16 others including Barbra Streisand) the Medal Of Freedom, yesterday.

“Steven’s films are marked most importantly by a faith in our common humanity,” Obama said as he awarded him the Medal of Freedom.

Obama noted Spielberg’s work in founding the Shoah Foundation, which records testimonies of survivors and other witnesses of the Holocaust. 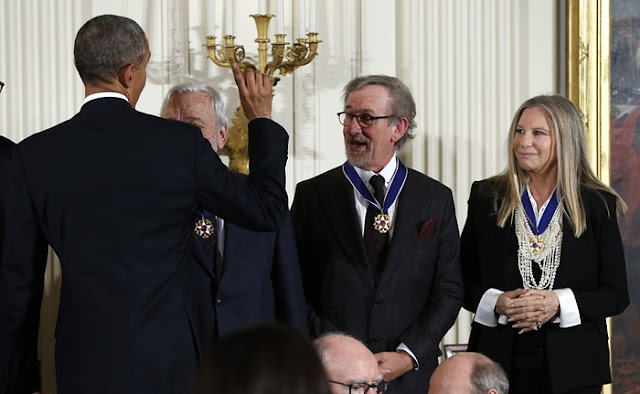