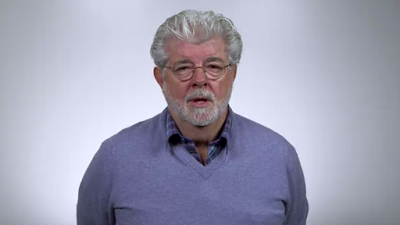 George Lucas has explained why he will never direct another Star Wars movie in a new interview with Vanity Fair.  The retired Star Wars director said:

“You go to make a movie and all you do is get criticized, and people try to make decisions about what you’re going to do before you do it...Y’know, it’s not much fun, and you can’t experiment; you can’t do anything. You have to do it a certain way. I don’t like that, I never did. I started out in experimental films, and I want to go back to experimental films, but of course no one wants to see experimental films.”
I feel sorry for the director after hearing this.  Was he bullied in some way into retirement of commercial movies by the GL bashers out there?  What do you think?

Watch the video below:

Watch this on The Scene.