FADE OUT, MELISSA MATHISON: A Tribute to a Screenwriting Legend 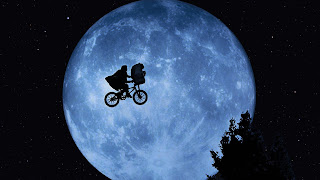 When we think of E.T. - The Extra-Terrestrial, the first name which comes to mind, understandably, is Steven Spielberg. After that is probably John Williams. Then, if you're a film geek, maybe Allen Daviau. Screenwriter Melissa Mathison tends to be further down the list. And yet, as much as E.T. is undeniably a director's picture, it was also a brilliant piece of writing which deserves more recognition than it often receives.

One of the great strengths of the E.T. screenplay is that, while it's about and in no small part aimed at children, it never treats its audience in a condescending manner. Consider this sequence of dialogue at the family's , as Elliott expresses frustration that no one will believe his story:

ELLIOTT
Dad would believe me.

There is silence. An obvious attempt on Elliott's part to rile his mother.

MARY
Why don't you call your father and tell him about it?

ELLIOTT
I can't, he's in Mexico with Sally.

Then, after after a moment more of conversation:

Mary is leaving the kitchen.

In this moment, Mathison's screenplay has told us everything we need to know about Elliott's family dynamic. We've been told the entire story of his parent's relationship and divorce, and yet the word "divorce" was never used. We're not told who "Sally" is, and we don't need to be. Even as 7-year old child watching the film it was clear to me, and yet there isn't a single line or even word that feels as if it's contrived for the benefit of the audience. This has far more to do with "the way real people talk" than anything Quentin Tarantino has ever written. You couldn't find a more perfect model of the right way to write exposition. It's exquisite in its natural elegance.

But beyond that, Mathison brought an authentic sensitivity to her writing that prevented fantastical E.T. or The Indian in the Cupboard from ever feeling unreal. She was never afraid of honest emotion, or to let kids talk like kids instead of sitcom children who either ooze sarcasm or have an improbably mature wisdom. The characters she created were living, breathing people with whom we could easily relate, whether they were adults, children, aliens, black E.T. in his later kid-friendly films, and I suspect one of the reasons is that he never again had a screenwriter with Mathison's gift for cutting through Hollywood artifice to find pure emotional truth. Next year's The BFG, the first Spielberg-Mathison project since E.T., has become something to anticipate even more eagerly than before. Perhaps the magic will be there again. We have a chance to experience Melissa Mathison's beautiful writing one final time.


Melissa Mathison's gift for storytelling touched our lives, and made them better. As she leaves us, I like to think of E.T.'s mothership disappearing and leaving behind a beautiful rainbow. She may be gone, but she left behind something perfect in its beauty.

The spaceship lifts into the air. It moves quickly into the dark sky. It becomes smaller and smaller until it is only a speck of white light. The first star of the evening. 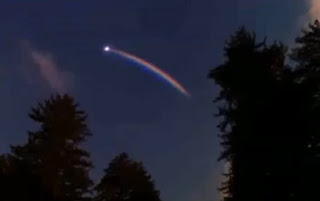