Entertainment One to Partner on Steven Spielberg's DreamWorks 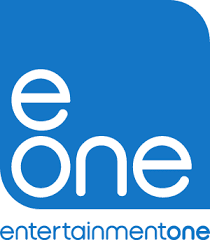 A new deal has been signed and sealed between Entertainment One and Steven Spielberg's Dreamworks.  The news was reported today by THR.  The entertainment website reports:

The media giant will join Participant Media as investors in Spielberg's company, timed to a new distribution deal between DreamWorks and Universal that could be announced by Thanksgiving.

The stable of partners looking to help revitalize Steven Spielberg's DreamWorks has grown to include Canadian-based media giant Entertainment One, sources tell The Hollywood Reporter.

EOne will join Participant Media and DreamWorks' stakeholder Reliance Entertainment in providing DreamWorks with an equity infusion. The arrangement is expected to be revealed around the same time that a new distribution deal between DreamWorks and Universal is officially announced, possibly by Thanksgiving.

EOne, which produces and acquires television and film content, has major distribution operations in Canada, the U.K., Spain, Benelux and Australia/New Zealand. It's unclear as to whether the company would get distribution rights to DreamWorks' titles in any of those territories.