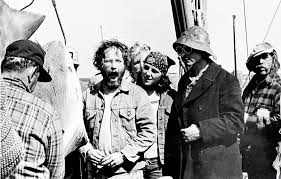 The 12th edition of the Dubai International Film Festival is to honour the Steven Spielberg 1975 classic, Jaws.  It marks its 40th year anniversary. The special complimentary presentation screening will be hosted at The Beach, opposite JBR and attended by the legendary actor Richard Dreyfuss.

Abdulhamid Juma, Chairman of the Dubai International Film Festival, said: “I am delighted that we can host such a special event in the company of the screen icon Richard Dreyfuss. ‘Jaws’ has enthralled countless people over the last four decades.  It has many truly memorable screen moments which, helped propel Steven Spielberg, Richard Dreyfuss and many of those involved with the film’s production to the exalted status of Hollywood legends. What a privilege it will be for those present to watch one of the most enduring cinema classics alongside one of the finest actors of his generation in, one of his most iconic roles.”

Richard Dreyfuss commented: “I am delighted to be invited to celebrate the 40th anniversary of Jaws at The Dubai International Film Festival. In my career I’ve always been quietly proud of being associated with a movie that has lost none of its power, even 40 years later.”

For more information on the festival visit www.diff.ae