Amblin' Toward Greatness: The Short Films of Steven Spielberg 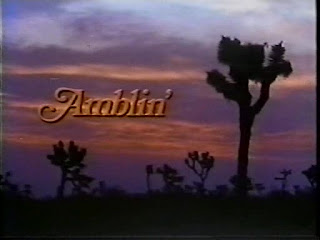 The short films Steven Spielberg made in his youth and childhood are a well-known and important part of his legend. They even largely form the inspiration for J.J. Abram's Spielberg tribute film Super 8. But until recent years, few of us have the opportunity to see them. Now, thanks to YouTube and Vimeo, some of them can finally be seen. However, these do not appear to be the officially licensed, and the quality is so poor that it creates some difficulties in technical analysis of the film. It's difficult to judge where the inadequacies of the poor transfer end and the technical merits or demerits of the film begin. This is especially true of Amblin', the 26-minute short which not only opened doors for Spielberg in Hollywood but gave him a name for his production company.

Let's begin by stating that, no, the shorts do not demonstrate that Spielberg had a full mastery of the medium even as a child with a Super 8 camera (or necessarily even as a young adult with 16mm camera).  Nonetheless, they remain must-see experiences for the truly obsessive fan (I say this as someone whose Blu Ray of 1941 will arrive today, marking the third copy I will have owned just to keep my collection complete). For someone as familiar with the Spielbergian mis-en-scene as I assume a large number of  Bearded Trio readers are, it's possible to find early glimpses of the filmmaker he would become if one is willing to look closely enough. Let's go through the films one at a time: 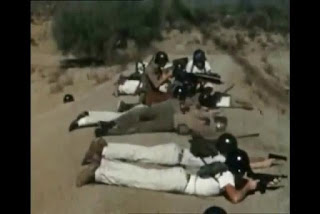 The earliest and least technically polished of the available films, Escape to Nowhere is Spielberg's first cinematic foray in the second World War, taking place in East Africa. Made in either 1961 or 1962, depending on which online source you follow, the combat epic is most notable for demonstrating an early tendency to keep the action moving at a brisk pace, and when considering Spielberg's age and lack of formal cinematic education, there is definitely some skill to the way he's staged, photographed and edited the action. A tracking shot along a row of soldiers waiting for an approaching patrol is particularly impressive, showing that his penchant for a strong hero reveal was already in place, even if the lack of a dolly is readily apparent. For here the shot selection continues to be largely effective, and a few low angle shots of rifles being fired bring to mind images of Private Jackson taking aim in Saving Private Ryan. Spielberg already seems to have a good understanding of the geography of his scene, and while some of the action can be tough to follow, it's mostly coherent. The narrative is understandably simplistic, amounting to a skirmish between two groups of opposing soldiers, helped along considerably by props and costumes that would have Charles Kaznyk screaming "Production value!" . There is no sound, though the YouTube version has been set to Wagner's Ride of the Valkyries.

The film's shortcomings are easily attributed to being the work of a teenager, and while Spielberg is certainly not yet revealed here as cinematic titan, Escape to Nowhere is clearly to work of a talented kid who's learned something from watching so many movies and doesn't have the kind of technological advantages budding filmmakers do now in the digital age. 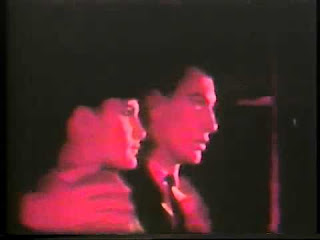 This 1964 effort from a 17-year old Spielberg is technically a feature, not a short, but only a small portion is available online. Visually, this sci-fi tale of strange lights in the night sky is the most overtly Spielbergian of the three films we're examining, with the colorful lights and the emotion enhancing push in shots (still shaky due to lack of a dolly or steadicam) strongly foreshadowing what was to come. Unfortunately, the shortness of the clip relative to the 135 minute running time of the film makes it rather difficult to judge narratively. Still, for its obvious cinematic relation to mature Spielberg works (most apparently Close Encounters of the Third Kind), it's exciting to watch. If the entire film exits I'd love to see it become available some day in some form. 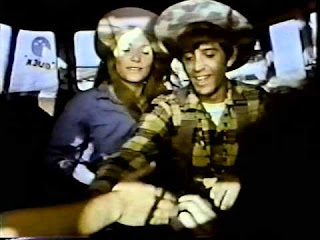 The award-winning 1968 short is the most professional of the three, and therefore the easiest to criticize. The film was made to give Spielberg a 16mm showpiece, and the filmmaker himself later described as having "about as much soul and content as a piece of driftwood."  However, Spielberg clearly demonstrates his ability to tell a story with visuals, even if the storyline about  a male and a female hitchhiker is rather thin, and in retrospect the reveal which comes at the end is rather poignant, making a point (whether intentionally or not) about the free-spirited idealism of '60's youth giving way to the humdrum establishment.

Amblin' began a significant collaboration for Spielberg, as it was his first filmed lensed by cinematographer Allen Daviau, who would later act as director of photography for E.T., The Color Purple and Empire of the Sun. The images most like to remind of us of Daviau's later work with Spielberg primarily coming in the opening title sequences, as we see lovely twilight shots of a desert landscape, though the images these most reflect are a Spielberg film Daviau didn't shoot, War Horse, with the gorgeous orange-yellow glow that marked that film's denouement. Sadly, the title sequence is marred somewhat by the forgettable and uninspired title song. The rest of Daviau's cinematography is harder to judge as the transfer creates some confusion as to whether he's badly overexposed his lighting (later examination of the version on Vimeo indicated that at very least this isn't as severe as it appeared on YouTube). Again Spielberg's direction of the camera is sometimes more ambitious than his tools will support, as the movement is often shaky and lacks the the fluidity we'd expect, though by this point he has a a better handle on when to risk this and when not to. The film is a bit too lengthy considering its lack of dialogue, but the editing choices and rhythm are solid.

I would love to be able to call Amblin' one of my all-time favorite short films, but . . . well, it isn't. It's cute and has a pleasant charm to it, and shows a director with talent. But it does not clearly herald the great things ahead for the not yet bearded man behind the camera. Perhaps my hopes for it were just too high. It remains entertaining as a short film, and educational as a brief glimpse at the early evolution of a legend.


Writer Paul Gibbs is neither a genius nor a future legend, but he makes short films and you can watch  some of them here and here.