YES! John Williams To Be Honoured By The AFI...Finally 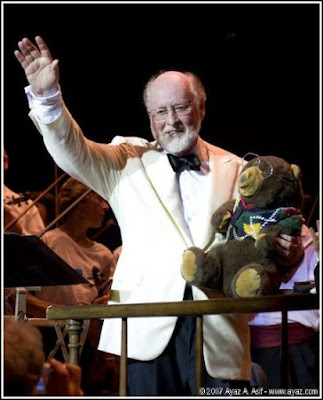 About time!  John Williams is FINALLY going to be honoured by The American Film Institute.  It should have happened sooner but so happy it's happening.  John Williams will be honoured with the 44th AFI Life Achievement Award.  It will be the first time a composer has won the honour.

Williams has won five academy award wins and hold the record for most Academy Awards nominations, forty-nine in total.

“John Williams has written the soundtrack to our lives,” said Sir Howard Stringer, chair of the AFI board of trustees.  “Note by note, through chord and chorus, his genius for marrying music with movies has elevated the art form to symphonic levels and inspired generations of audiences to be enriched by the magic of the movies."

Williams will be honoured at a gala Tribute on June 9, 2016 in Los Angeles, and will be broadcast in late June 2016 on TNT, followed by an encore presentation on its sister network, Turner Classic Movies.