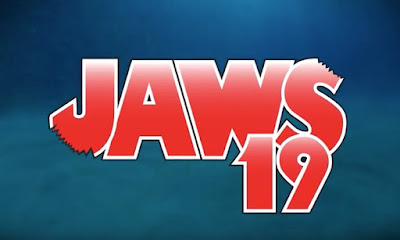 As part of the 30th anniversary of Back to the Future, Universal has released a trailer for Jaws 19! When Marty McFly traveled to October 21, 2015 (in Back to the Future II), the latest installment of the (apparently) never-ending Jaws franchise was hitting the big screen. Judging by the trailer, the Great Whites have been up to some interesting adventures over the years....

Looks like I've got some catching up to do... about 15 films worth? Guess I'd better get started!