The Spielberg Connection Album Review. I've Listened To It So You Don't Have To. 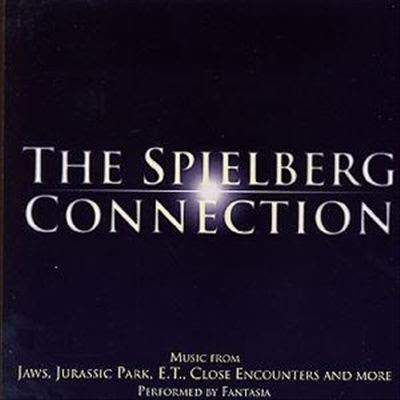 The Spielberg Connection is a CD that was released in 1997 by Hallmark.  It features sixteen tracks from various Steven Spielberg movies and performed by Fantasia.

I picked up this CD or rather my wife did from a charity shop while shopping a few weeks ago and I was intrigued to find out how good or bad it was.  If the music is good then that's a bonus but sometimes if the renditions on the CD are really bad they can be equally as enjoyable for all the wrong reasons.  Unfortunately this CD doesn't manage to fall in either of those camps.  The Fantasia versions don't sound good but at least they are kind of recognisable.  Still, that's not to say it's worth adding this CD to your collection.  The versions are still below par.  That much is evident the first time you fire up the CD and listen to track one which is the classic Jaws from the 1975 Spielberg classic.  Sounding more like a midi version of the John Williams classic it  has a few moments that you think hit the mark but generally it sounds like my old 486 PC with a Soundblaster sound card trying to recreate the shark classic.

Next was Arachnophobia which was so underwhelming I had to control myself from not skipping the track.  Still at least Back to the Future was next, surely that was going to hold my attention?  Nope.  It was slow and felt almost like a dream state version of the Alan Silvestri classic.

Next was Temple of Doom, Always and Close Encounters and I'm starting to realise something here about Fantasia who performed the tracks on this CD.  They are not an orchestra but someone playing on their keyboard and to make matters worse it sounds like an old Bontempi or Casio keyboard.  They all sound the same too.  They are played well and that's why it's not the worst renditions I've heard but so unspectacular.  As I said it would have been more fun if they were really bad, at least then I could have had a good old laugh.  I found myself drifting away from the music and instead more interested in reading the insert which tells you nothing to do with Steven Spielberg and his movies.  Instead it tells you what other CDs you can buy. 'Supersonic Seventies' anyone?

Okay by this point I am skipping through the rest of the tracks but they all have that awful tinny artificial sound but wait!  They've saved the best until last.  Jurassic Park.  Can they (he/she) redeem themselves?  No.  NO!  Take a listen for yourself

The CD is on Itunes, Spotify, Youtube, charity shops, bargain bins and probably landfills too.  My wife paid £1.50 for the CD and I feel at least I've got a CD case I can use for something.