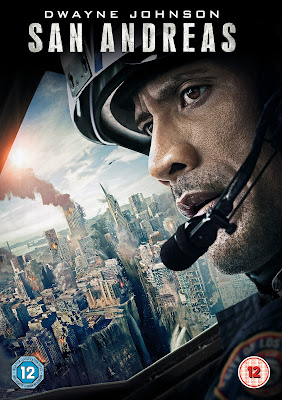 The Bearded Trio bring you an exciting new clip from the latest disaster movie, San Andreas which hit digital download a few days ago.

Dwayne Johnson stars in this year’s most exhilarating and action-packed thriller, San Andreas, available on Digital HD from 28th September and on Blu-ray™ 3D, Blu-ray™, DVD from 12th October.
San Andreas reunites Dwayne Johnson (Fast & Furious, Hercules) as pilot, Ray, with director Brad Peyton and producer Beau Flynn, following their collaboration on the global hit Journey 2: The Mysterious Island. The film also stars Carla Gugino (Watchmen, Sin City) as Ray’s ex wife, Emma; Alexandra Daddario (Percy Jackson: Sea of Monsters, True Detective) as their daughter Blake; Ioan Gruffudd (Fantastic Four: Rise of the Silver Surfer, Forever) as Emma’s new partner, Daniel; Archie Panjabi (The Good Wife, Bend It Like Beckham) as reporter, Serena; Hugo Johnstone-Burt (Home and Away, Goddess) as survivor, Ben; Art Parkinson (Game of Thrones, Dracula Untold) as Ben’s younger brother, Ollie and Oscar® nominee Paul Giamatti (Cinderella Man, Sideways) as seismology professor, Lawrence.
After the San Andreas Fault gives, triggering a magnitude 9-plus earthquake in California, a search and rescue helicopter pilot (Johnson) and his estranged wife (Gugino) make their way together from Los Angeles to San Francisco to save their only daughter.
But their treacherous journey north is only the beginning. And when they think the worst may be over… it’s just getting started.
Don’t miss this year’s biggest action thriller when San Andreas arrives to download on 28th September and on Blu-ray™ 3D, Blu-ray™ and DVD from 12th October 2015.