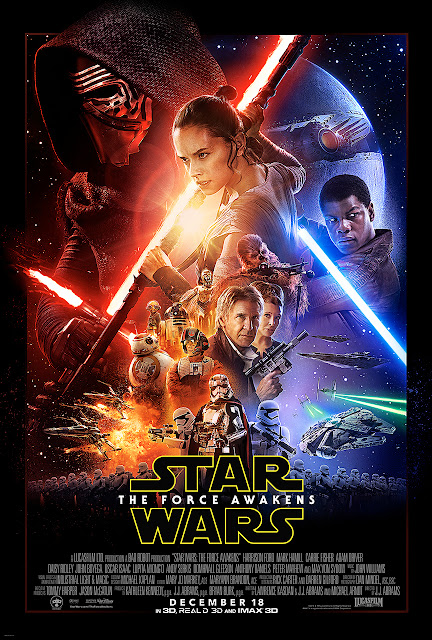 In anticipation of the trailer coming tomorrow for Star Wars: The Force Awakens, the movie poster has been revealed.  Also tickets will go on sale following the trailer tomorrow which will be shown during half time on ESPN's 'Monday Night Football' in the US.

Here's the press release sent to us from Lucasfilm:

Tickets to Star Wars: The Force Awakens Go on Sale Everywhere
Following the Trailer Launch
SAN FRANCISCO, CALIF. (October 18, 2015)—Lucasfilm announced today that the trailer for Star Wars: The Force Awakens will debut on ESPN’s “Monday Night Football” on Monday, October 19, during halftime of the National Football League (NFL) game between the New York Giants and the Philadelphia Eagles in Philadelphia. The game starts at 5:15 p.m. PDT/8:15 p.m. EDT.  The Spanish language version of the trailer will air on ESPN Deportes simultaneously.

Lucasfilm and visionary director J.J. Abrams join forces to take you back again to a galaxy far, far away as Star Wars returns to the big screen with Star Wars: The Force Awakens.