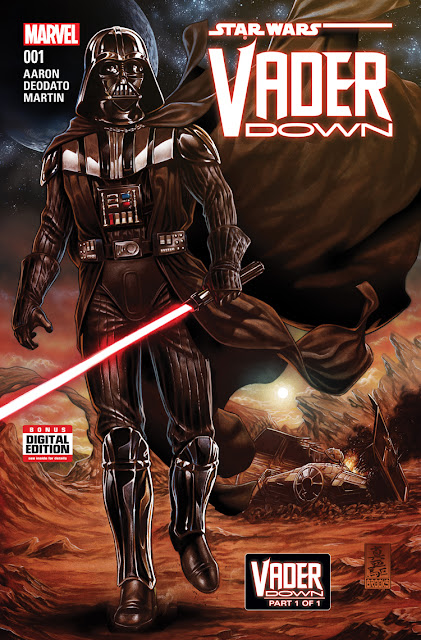 Marvel Entertainment is excited to announce a renewed exclusive agreement with blockbuster writer Jason Aaron!
“I’ve worked with Marvel for a number of years on a lot of different titles and had a lot of fun along the way, but right now I am seriously having the most fun I’ve ever had in my entire career,” says Jason Aaron. “Between The Mighty Thor, Doctor Strange and Star Wars, I have enough cool stuff on my plate to keep me happy for many many months to come.”

Earlier this year, Aaron shattered sales records with the release of STAR WARS #1. Selling over 1,000,000 copies, this astonishing debut issue marks the highest sales for a single issue in over two decades. Chronicling the adventures of Luke, Han and Leia after the destruction of the first Death Star, this flagship series of Marvel’s new Star Wars line continues to garner widespread critical praise.

“Jason Aaron will continue to bring his big, bald beautiful brain to the Marvel Universe,” says  Editor-in-Chief Axel Alonso. “I can finally exhale.”