Ladbrokes Gives 50-1 Odds That Force Awakens Will Get Best Picture At Oscars. 6/4 For Higest Grossing 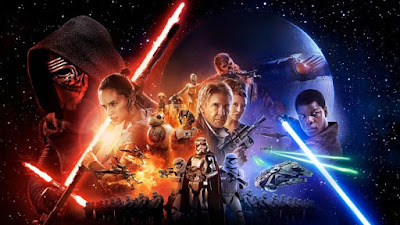 STAR WARS: The Force Awakens could be the highest grossing film of all time according to Ladbrokes.

As Star Wars fans clamoured for tickets following the trailer release the bookies have consequently seen punters back The Force Awakens into 6/4 to beat the record as set by Avatar in 2009 to become the highest grossing film of all time.

JJ Abrams's efforts see him chalked up at 50/1 to win the Best Director award at next year's Oscars ceremony, and the same price is on offer that the film scoops Best Picture as well.

Jessica Bridge of Ladbrokes said: "Money talks, and punters are awake to the fact it's a real possibility the latest Star Wars episode can surpass Avatar in the records books."