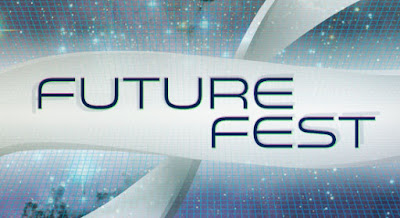 In his incredible DeLorean ‘time machine’, Jason Bradbury takes film fans Back to the Future as part of a one-off spectacular celebrating the 30th anniversary of the cult trilogy:

On Thursday 8th October 2015, the tech guru, TV presenter and Visiting Lecturer guest stars at the University of Lincoln’s Future Fest, celebrating three decades of technological advancement and looking ahead to exciting innovations of the future. He will deliver a series of talks on ‘Is time travel possible?’, offer guided tours of his famous car, and be part of a unique festival incorporating 30 years of gaming, technology, media, science, arts and fashion, with a special appearance from the Red Arrows.

Jason Bradbury, host of The Gadget Show and Visiting Lecturer at the University of Lincoln, is a self-confessed Back to the Future super-fan. He has constructed his own detailed DeLorean replica, complete with a functioning ‘time circuit’, and will be greeting Future Fest visitors alongside his vehicle as Lincoln’s very own Doc Brown. He will deliver a series of talks throughout the day, musing over topics including the car, the future and nuclear fusion, and asking ‘Is time travel possible?’

Jason said: “Future Fest represents a fantastic opportunity to take stock of exactly how far the world has come in terms of technological advancements over the last three decades. When Back to the Future first hit our screens in the 1980s there was so little consumer tech around, but now amazing new inventions and innovations are being launched on a daily basis.

In the ‘Robot Zone’, researchers from the University’s School of Computer Science will demonstrate the very latest in cutting-edge robotics – from 3D printed humanoids, to companion robots and mind-controlled androids. The ‘Games Zone’ will map the progress of gaming over the last three decades; offering visitors the chance to experience retro consoles such as the Atari 2600, Nintendo 64 and PlayStation, alongside today’s advanced Oculus Rift headsets.

Finally, the ‘Maker Zone’ will include an exhibition of interactive art, as well as live 3D printing and scanning. To conclude the festival, a lecture theatre will be transformed into a cinema for a screening of the first two Back to the Future films.


The unique event will see hundreds of school children learn about the incredible advances in science and technology of the past three decades, and the whole festival will also be open to the public. Booking will open soon and you can register your interest online: