George Lucas museum gets The Green Light From Council 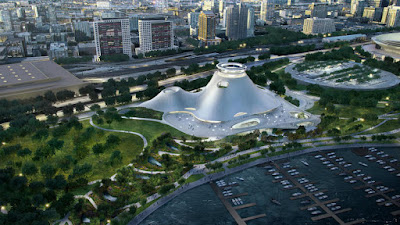 Finally a breakthrough for George Lucas and his museum vision.  The Chicago City Council has approved a plan to build a museum along Lake Michigan.

The “Star Wars” director plans to build the 300,000-square-foot Lucas Museum of Narrative Art along the city’s lake front.

Aldermen took up the matter Wednesday without any discussion. A city zoning committee recommended approval of the proposed museum last week.

Friends of the Park is not giving up just yet as they plan to sue the city park district over the plan. It argues that the museum isn’t in the best interests of residents and will violate the public trust because it will be built on reclaimed land that was once Lake Michigan.

Construction could start in the spring and the museum could open by as early as 2019.